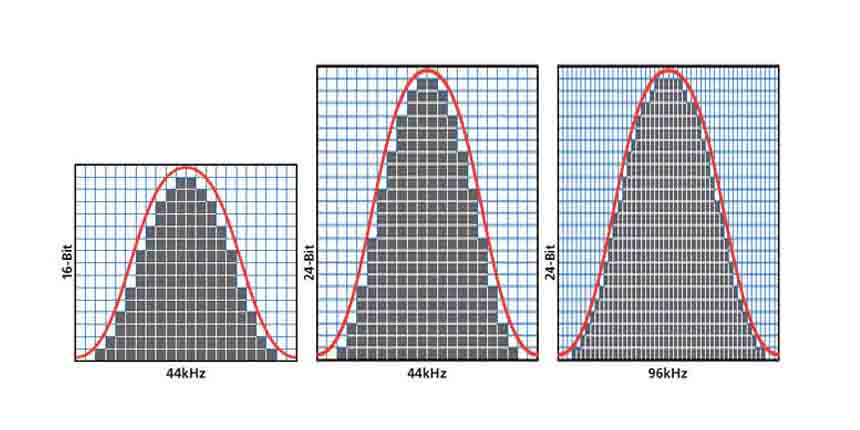 3.In networking and digital telecommunications, bit rate refers to the per-second measurement of data that passes through a communications network. In this context, bit rate is synonymous with data transfer rate (DTR).

4.For multimedia encoding, bit rate refers to the number of bits used per unit of playback time, such as video or audio after compression (encoding). Multimedia size and output quality often depend on the bit rate used during encoding.

5.A video bitrate is the number of bits that are processed in a unit of time. Remember that 1 byte consists of 8 bits. Video data rates are given in bits per second. The data rate for a video file is the bitrate. So a data rate specification for video content that runs at 1 megabyte per second would be given as a bitrate of 8 megabits per second (8 mbps)

6.The bitrate for an HD Blu-ray video is typically in the range of 20 mbps, standard-definition DVD is usually 6 mbps, high-quality web video often runs at about 2 mbps, and video for phones is typically given in the kilobits (kbps). For example, these are the targets we usually see for H.264 streaming:

7.When it comes to choosing what bitrate is best for your video workflow, it is important to take into account what device your videos will be played on. As we mentioned above, internet videos, phone videos, and HD blu-ray videos for tv all vary in bitrate. Consider what platform your video will be viewed on prior to selecting your bitrate.

8.The sample size—more accurately, the number of bits used to describe each sample—is called the bit depth or word length. The number of bits transmitted per second is the bit rate. Let's take a look at this as it applies to digital audio.