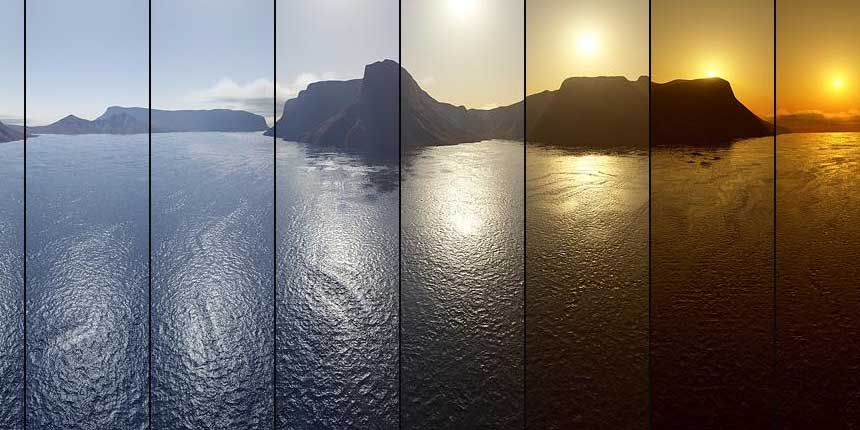 1.Daylight has a spectrum similar to that of a black body with a correlated color temperature of 6500 K (D65 viewing standard) or 5500 K (daylight-balanced photographic film standard).

2. The tungsten setting, typically depicted by a little light bulb, is for indoor use when your scene or subject in lit by a traditional light bulb. The light produced by filament light bulbs is very warm and often gives off an orange and yellow glow in photographs even though it does not appear that way to the human eye

3.The florescent setting, typically indicated by a bar with light rays coming out of it, counteracts the slightly cool greenish tones produced by florescent lighting by adding a touch of warmth and magenta as a counterbalance.

4.The daylight setting, shows as a little sun icon on most cameras, is for use in the direct sunlight during the day when the skies are clear. Some cameras do not have this setting because the unfiltered natual light is typically very close to white.

9.At the lower end of the scale, from 2000K to 3000K, the light produced is called “warm white” and ranges from orange to yellow-white in appearance. Color temperatures between 3100K and 4500K are referred to as “cool white” or “bright white.”

10 .Light bulbs are available in a variety of shades, from bright white, to blueish, to yellowish. To be precise, the color temperature of light is rated in degrees Kelvin. The lower the Kelvin number between (2700K to 3000K), the more yellow the light. For a white light, look for bulbs marked between (3500K to 4100K).