Depth of field in Photography 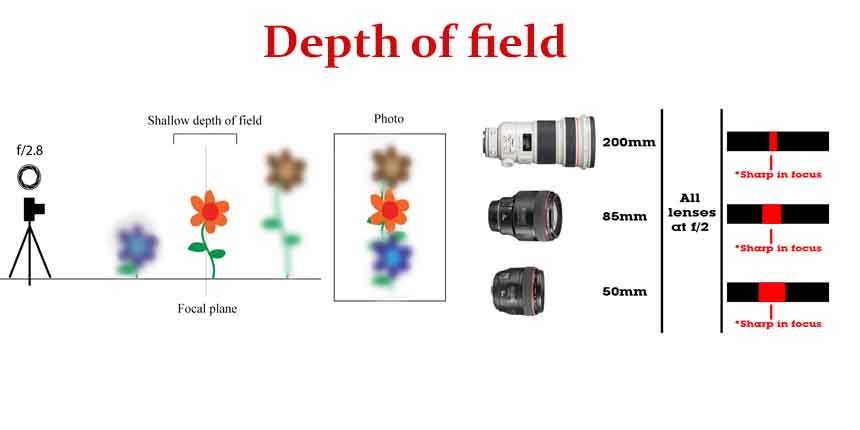 Who does control depth of field?

a. Aperture:- Aperture refers to the access given to light from the lens to the camera sensors. The size of your aperture controls the amount of light entering your lens. Using the aperture (f-stop) of your lens is the simplest way to control your depth of field as you set up your shot.

Types of depth of field,

a. Shallow depth of field:- Shallow depth of field means that a small portion of the picture is in focus. This is usually accomplished by using wide apertures. It enables you to blur background and foreground details, causing distractions to melt away and allowing you to direct viewers to the focal point in a picture.

b. Great depth of field:- Great depth of field means that a big portion of the picture is in focus. A classic example is when you're photographing a landscape, where generally the most desirable outcome is to capture detail from the foreground to the horizon.