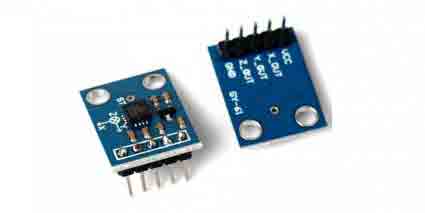 1.An image sensor or imaging sensor is a sensor that detects and conveys    the information that constitutes an image. It does so by converting the variable attenuation of light waves (as they pass through or reflect off objects) into signals, small bursts of current that convey the information.

2. The waves can be light or other electromagnetic radiation. Image sensors are used in electronic imaging devices of both analog and digital types, which include digital cameras, camera modules, medical imaging equipment, night vision equipment such as thermal imaging devices, radar, sonar, and others.

5. Foveon X3 sensor, using an array of layered pixel sensors, separating light via the inherent wavelength-dependent absorption property of silicon, such that every location senses all three color channels. This method is similar to how color film for photography works.

7. Special sensors are used in various applications such as thermography, creation of multi-spectral images, video laryngoscopes, gamma cameras, sensor arrays for x-rays, and other highly sensitive arrays for astronomy.

8. The digital image sensor is a technology used to record electronic images. These image sensors are silicon microchips that are engineered to operate in different ways. The engineering involved in these circuits is very complex and the techniques used to manufacture these devices are not standardized in the industry.

9. The presence of image sensors in everyday objects is already a reality and there is no indication that the industry will stop growing. The CCD market has been around for a long time, and CMOS image sensors are a hot new technology that will allow for even wider use of image sensors.

10. image sensors may play an important part in allowing robotic systems to interact more directly with human beings. The possibility of cameras being included in every electronic device that has any circuitry at all becomes more reasonable as the technology gets smaller and cheaper.