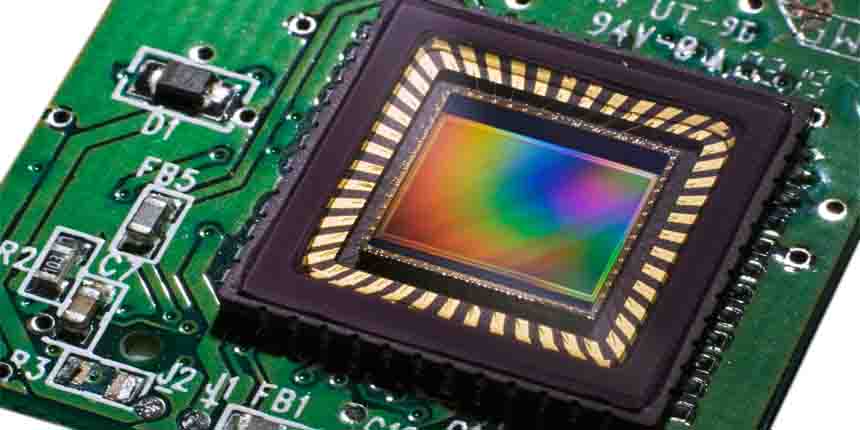 2. An image sensor is a solid-state device, the part of the camera's hardware that captures light and converts what you see through a viewfinder or LCD monitor into an image. Think of the sensor as the electronic equivalent of film.

5. The lens is probably the chief similarity between the way digital cameras and conventional cameras work. The lens is the portal through which the image of the outside world reaches the image sensor. It focuses the light from the scene onto the sensor.

6. The basis of camera technology is a light-sensitive material that can reproduce an image. In a conventional camera the film is composed of Silver-Halide crystals suspended in gelatin the same gelatin that Jell-O is made from .

7. The color filter array is the most commonly used method in commercial digital camera applications. The CFA looks like a checkerboard with three colors instead of two . Each square of the checkerboard sits exactly over one pixel so that only one light color can pass through.

8. CCD sensor: Captures photons as electrical charges in each photosite (a light-sensitive area that represents a pixel). After exposure, the charges are swept off the chip to an amplifier located in one corner of the sensor.

9. CMOS sensor: Includes solid-state circuitry at each and every photosite, and can manipulate the data for each pixel right in the sensor. The CMOS sensor can respond to lighting conditions in ways that a CCD can’t. Every photosite can be accessed individually.