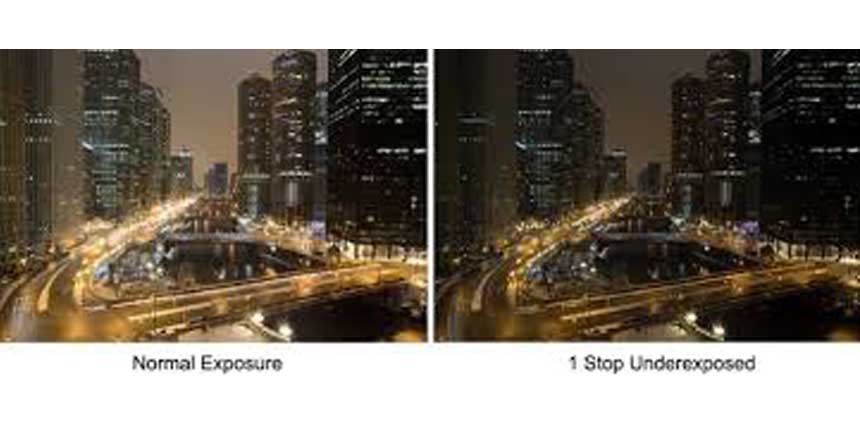 1.The Luminous or Camera Exposure is lux seconds, where lux is the illuminance hitting the sensor/film.

2.EV is a unit that tries to unify f-numbers and shutter speeds with stops of light.

A footcandle is lumens per square feet.

3.Exposure Value (EV) is a unit that tries to show all combinations of a camera’s shutter speed and relative aperture that give the same exposure. It has its own formula:

4.In cinematography, exposure refers to the amount of light being captured by the camera. exposure is directly connected to the brightness and darkness of the image.

5.In photography, exposure is the amount of light per unit area (the image plane illuminance times the exposure time) reaching a photographic film or electronic image sensor, as determined by shutter speed, lens aperture and scene luminance

6.Exposure can be adjusted by changing either the lens f-number or the exposure time

UNDEREXPOSED AND OVER EXPOSED SHOTS.

8.COMBINATION OF SHUTTER SPEED AND APERTURE IS

10.The principles of exposure work the same way at night as during the day – you will just need a lot more time to allow light into your camera.