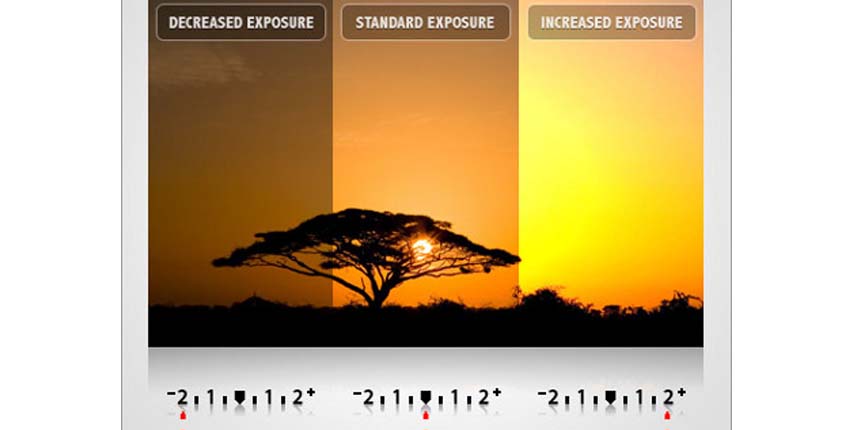 1.The exposure is controlled by the camera's light meter. The light meter determines what the proper exposure is; it all sets the f-stop and shutter speed. The f-stop is a fraction; the f represents the focal length.

2.  In photography, exposure is the amount of light per unit area (the image plane  illuminance times the exposure time) reaching a photographic film or electronic image sensor, as determined by shutter speed, lens aperture and scene luminance.

3.  A photograph's exposure determines how light or dark an image will appear when it's been captured by your camera. Believe it or not, this is determined by just three camera settings: aperture, ISO and shutter speed (the "exposure triangle").

4.  exposure.  The state of being subject to loss because of some hazard or contingency. Also used as a measure of the rating units or the premium base of a risk.

5.  In photography, exposure value (EV) is a number that represents a combination of a camera's shutter speed and f-number, such that all combinations that yield the same exposure have the same EV (for any fixed scene luminance).

6Long-exposure, time-exposure, or slow-shutterphotography involves using a long-duration shutter speed to sharply capture the stationary elements of images while blurring, smearing, or obscuring the moving elements.

7. The exposure triangle is a common way of associating the three variables that determine the exposure of a photograph: aperture, shutter speed, and ISO.

8.ISO is one of three determining factors of the exposure of a photo, along with aperture and shutter speed. These two affect the lens and exposure time respectively, with the ISO affecting the sensor (or film). To be more specific, the ISO determines how well exposed a photo will be by changing the  sensitiv

9.Exposure compensation is used to alter exposure from the value selected by the camera, making photographs brighter or darker. In modes P, S, and A, the camera automatically adjusts settings for optimal exposure, but this may not always produce the exposure the photographer intended

10. Overexposure is the complete opposite of the previously defined term. An image that is brighter than it should be can be considered overexposed. When too much light is allowed during exposure, the result is an overly brigh