Film Speed and its importance 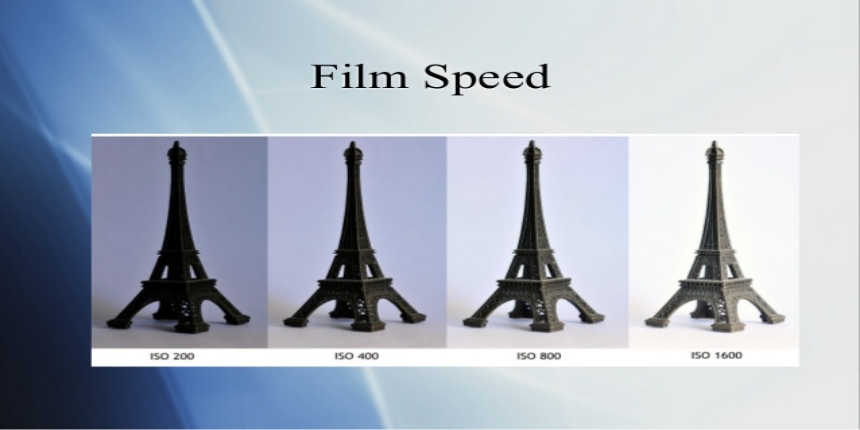 Film speed is the measure of a photographic film's sensitivity to light, determined by sensitometry and measured on various numerical scales, the most recent being the ISO system. A closely related ISO system is used to describe the relationship between exposure and output image lightness in digital cameras.

Film speeds or ISO are an important part of film photography as each film speed is used for different scenarios and lighting conditions, so below these are important points about Film Speed,

ISO 100 or 200 film speeds are best for bright lighting conditions and outdoor photography. As this is a slower film, more light will be required for exposures. If there is not enough light available, slow film may result in dark or blurry photographs

a.  A tripod is highly recommended when using low-speed film unless the photographer has an extremely steady hand for slightly longer exposure times

b. Slower speed film is best used to photograph outdoor landscapes, inanimate objects, and outdoor events on a bright day. Slow speed film should generally not be used for dimly lit areas and fast-moving subjects.

ISO 400 film speed is a great all-purpose film that can be used for most situations. Photographs can be taken without the need for high amounts of lighting and moving subjects can be photographed with ease.

a. Medium speed film is best used to photograph overcast outdoor images, indoor portraits with natural lighting, and when photographing a combination of indoor and outdoor images on the same roll.

b. Medium speed film should generally not be used with fast motion photography such as sporting events, indoors without much lighting, or in extremely bright lighting.

Fast speed film will result in the grainiest photographs but is great to use when shooting fast-moving subjects in low light conditions. This film is often used by sports photographers or journalists who do not always have the best lighting to work with and need to capture images without blur

a. Fast speed film should be used for fast-moving subjects in low light, dimly lit situations without a tripod, and when using a zoom lens in low light conditions.

b. Fast speed film should not be used in bright conditions or images that you would like to enlarge more than 8×10 inches

Film speed is remarkably important and can make or break a photograph. There are exceptions to the above rules, and experimenting can certainly yield impressive and interesting results, but the fact remains that the film speed you choose will have a direct effect on the quality and density of the picture you take, regardless of whether you're shooting digital or on film.