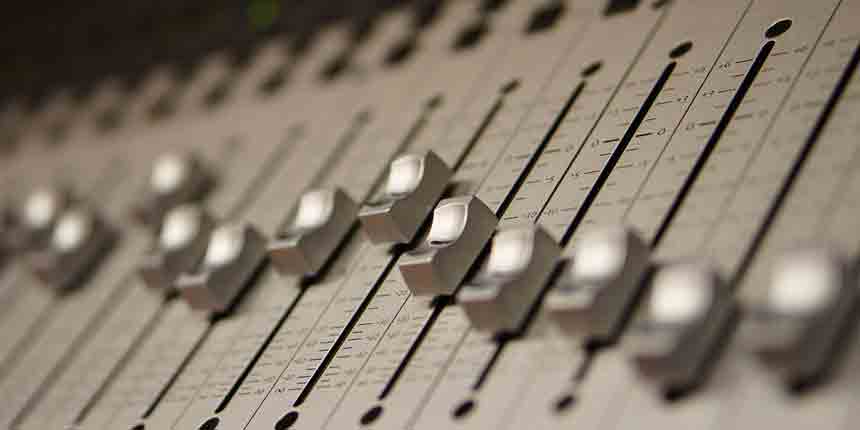 1. Sound recording and reproduction is an electrical , mechanical, electronic, or digital inscription and re-creation of sound waves, such as spoken voice, singing,instrumental music, or sound effects.

2. Acoustic analog recording is achieved by a microphonediaphragm that senses changes in atmosphericpressure caused by accoustic sound waves and records them as a mechanical representation of the sound waves on a medium such as a photograph  record (in which a stylus cuts grooves on a record).

3. In magnetic tape recording, the sound waves vibrate the microphone diaphragm and are converted into a varying electric current, which is then converted to a varying magnetic field by an elctromagnet which makes a representation of the sound as magnetized areas on a plastic tape with a magnetic coating on it.

4. Digital recording and reproduction converts the analog sound signal picked up by the microphone to a digital form by the process of sampling

5.Tape recording technology was used from the early days of computing to store digitalinformation. As computer technology improved, so did magnetic tape technology. In the 1980s Digital Audio Tape (DAT) technology emerged. DAT is designed to work much like cassette, except DAT's magnetic patterns represent digital data instead of sound vibrations.

6. By the 1990s, CDs had replaced cassettes and records as the main kind of commercial music media. Today, although CDs are still very popular, "online" digital recordings like MP3s are gaining fast.

7. The analog tape frecorder made it possible to erase or record over a previous recording so that mistakes could be fixed. Another advantage of recording on tape is the ability to cut the tape and join it back together.

8.A digital audio signal may be stored or transmitted. Digital audio can be stored on a CD, a digital studio player and hard drive, a USB flash device, or any other digital data storage device

9.Radio studios are very similar to recording studios, particularly in the case of production studios which are not normally used on air such as studios where interviews are taped for later broadcast.