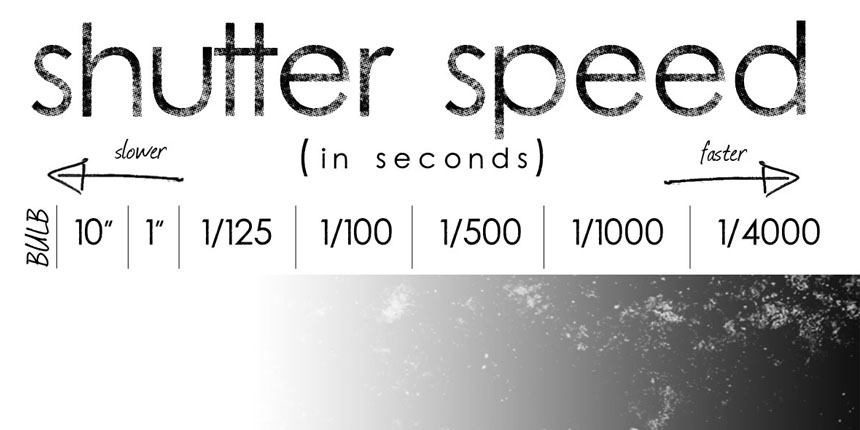 1. Shutter speed exists because of something known as your camera shutter – which, simply put, is a curtain in front of the camera sensor that stays closed until the camera fires.

2. When the camera fires, the shutter opens and fully exposes the camera sensor to the light that has passed through your lens.

3. Shutter speed will allow you to freeze a moment in time, and control the look of your images. When hand holding your camera you typically want a shutter speed of 1/125 or 1/250 to account for general camera shake, and movement when you push down the shutter button.

4. In photography, shutter speed or exposure time is the length of time when the film or digital sensor inside the camera is exposed to light, also when a camera's shutteris open when taking a photograph.

5. Besides affecting exposure, shutter speed also determines the prominence of motion blur. Motion blur happens when an object in movement leaves a blur in the frame (or a series of frames). The blur is more pronounced during freeze frames and slow motions.

8. A fast shutter speed is typically whatever it takes to freeze action. If you are photographing birds, that may be 1/1000th second or faster. However, for general photography of slower-moving subjects, you might be able to take pictures at 1/200th second, 1/100th second, or even longer without introducing motion blur.