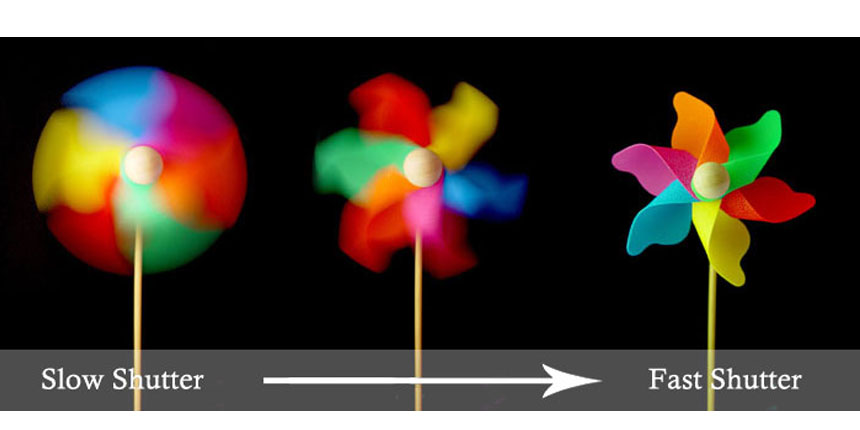 1.In photography, shutter speed or exposure time is the length of time when the film or digital sensor inside the camera is exposed to light, also when a camera's shutter is open when taking a photograph.

2.The amount of light that reaches the film or image sensor is proportional to the exposure time. ?1⁄500 of a second will let half as much light in as ?1⁄250.

3.In addition to its effect on exposure, the shutter speed changes the way movement appears in photographs. Very short shutter speeds can be used to freeze fast-moving subjects, for example at sporting events.

5.Most cameras offer a wide range of shutter speeds, starting at just a few thousandths of a second and going up to several seconds. SLRs also have a "Bulb" mode where you can hold the shutter open for as long as you want.

6.Camera shake occurs when handholding your camera. No matter how steady you think you are, you can never stand perfectly still, and this slight movement shows up in your photos as a blurriness or lack of sharpness.

8.Remember that thinking about Shutter Speed in isolation from the other two elements of the Exposure Triangle (aperture and ISO) is not really a good idea. As you change shutter speed you’ll need to change one or both of the other elements to compensate for it.

9.A central shutter is not a type of shutter as such, but describes the position of the shutter: it is typically a leaf shutter (or simple leaf shutter), and located within the lens assembly where a relatively small opening allows light to cover the entire image.

10.A shutter cycle is the process of the shutter opening, closing, and resetting to where it is ready to open again. The life-expectancy of a mechanical shutter is often expressed as a number of shutter cycles.