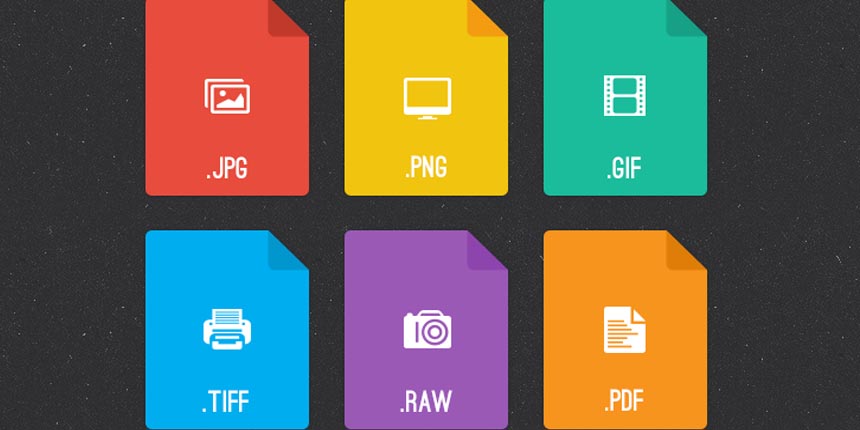 1.Image file formats are standardized means of organizing and storing digital imagers Image  files  are composed of digital data in one of these formats that can be rasterized for use on a computer display or printer.

2. BMP File format as been widely used on windows platform. Although data compression and alpha channels these features were not widely used as it was not supported.

3. GIF is a bitmap image format that allows a lossless compression by reducing the image to 256 distinct colors. It has been replance by PNG after over patent issues. It is still widely used for animation as it’s the only format that support animation and that is widely supported by browers.

4. JPEG is the most common image format used by digital cameras it is most common format for storing and transmitting photographic images on the world wide web.

5. PNG is a lossless raster format that stands for Portable Network Graphics. Think of PNGs as the next-generation GIF. This format has built-in transparency, but can also display higher color depths, which translates into millions of colors.

6. TIFF is a lossless raster format that stands for Tagged Image File Format. Because of its extremely high quality, the format is primarily used in photography and desktop publishing.

7. RAW relates to several image file formats since each camera manufacturer has one or several formats (depending on equipments). These files contains the data acquired by sensors almost unprocessed.

8. JPEG 2000 is an enhancement of the JPEG standard. It supports transparency, is able to store lossless data. It is also having a better compression level. As it is unsupported by several browsers, it has not been widely used on the Internet.

9. PSD is a proprietary layered image format that stands for Photoshop Document. These are original design files created in Photoshop that are fully editable with multiple layers and image adjustments.

10. PDF stands for Portable Document Format and is an image format used to display documents and graphics correctly, no matter the device, application, operating system or web browser.