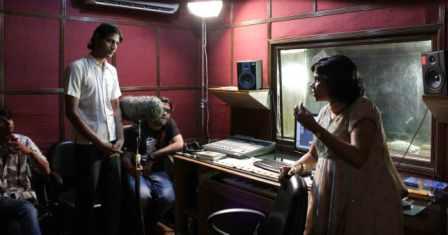 A- Some of the colleges offering Music Production Courses are-

Q- How to learn Music Production?

Things you will learn during Music Production Course-

You will be able to automate and edit Audio Plug-in and enhance your Music Production workflow.

You will know how to mic various different instruments in the studio environment.

You will be able to use MIDI Controllers and Software Instruments within the music production environment.

You will know how to produce music.

A- There are several Music Engineering Colleges some of them are-

Institute of Production and Recording

Q- What are the booming Careers in Music Production these days?

A- Music production these days is a good field to start your career. Performers and composers need technically qualified and capable engineers to create the music they imagine.There are professional sound engineers who take the charge and create magic in every voice and every instrument by their skills. In order to become a good sound engineer, you need to pursue a professional course in the sound engineering or digital audio mixing.

Examples of Careers in Music Production

Q- Which are the top sound engineering schools?

A- Some of the Top Sound Engineering schools are-

A- Some of the popular film music schools are-

Q- What is mixing course?

A-Creating an audio mix that is pleasing to listeners is a true art form. The art of mixing explores many creative and technical considerations necessary to mix in today’s music production environment, regardless of platform or format. Course teaches the different steps of the mixing process, including equalization, panning, dynamic processing (compressors, gates, expanders and limiters), reverb and delays, as well as automation techniques and practical examples. The course analyzes some of the most famous and revered brands and models of mixing gear, including comparisons between analog and digital outboard gear versus plug-in emulations and plug-in unique processors. By the end of the mixing course students will be able to-

A- Some of the Music Production Programs are-

Q- Can I get few names of music recording schools?

A- Some of the music recording schools are-

A- Music Industry often notes that mastery of Pro Tools has opened doors for music production. Avid’s Pro Tools is the industry-standard audio production platform, and exclusive provider of Avid’s Pro Tools certificate curriculum, from which you can learn the basics and advanced tips of harnessing the powerful capabilities of software to set up studio and excel in audio editing, mixing and mastering.

Q- Which are the best music recording colleges?

A- Some of the best Music Recording Colleges are-

A- Music Production and Sound Engineering have several overlap in responsibilities but still there are important differences between the two. At a very basic level, producers help artist’s vision and are often involved with arranging the song, deciding its sound, and contributing to its composition. Whereas on the other hand Engineers are responsible for execution- they tend to work under the creative direction of both the producer and the artist and concentrate in particular on the technical needs of the record.

Q- What is Music Production Training?

A- Becoming a music producer probably starts with a love of music and a skill at some type of musical performance. But to make it as a music producer, you need to know a lot about music off stage -- how songs are written, how music and sound production works.

You also need to know how the recording industry works, including the legal aspects of contracts and copyrights as well as the business aspects of working with musicians.

Beyond that, you need to be skilled at project management, including the ability to work with creative people and to complete a recording on time and within budget.

To do all that, you'll need training and experience working in the recording industry. You can obtain music production training by obtaining a degree in music from a two- or four-year college.

You'll also need to be familiar with the latest digital equipment and computer software used to record, mix and master music.

Music producers often start as sound engineers. To succeed as a music producer, you need to know different styles of music well.

Q- What is the procedure to acquire music production degree?

A- Music is everywhere — in films and television, on the radio and the Internet, and, of course, in clubs, theatres and concert halls. The term “music production” encompasses a remarkably wide range of activities: from installing and maintaining sophisticated audio components and systems to working behind digital mixing consoles in recording studios or concert venues. Specialties tour with bands, symphony orchestras and theatre productions, not to mention facilitating live and recorded audio portions of television, radio and Internet broadcasts. Targeted programs from music production schools offer music production degree, diploma and certificate and ways to learn the tools of the trade and art of the craft.

Q- Which are the top music production schools in India?

A- Some of the top music production schools in India are-

Q- Can I get few names of music production colleges in Delhi-NCR?

A- Few music production colleges in Delhi NCR are-

Q- Is there any college offering Music Engineering course in Bangalore?

A- Some of the colleges offering Music Recording Courses are-

A- Some of the colleges offering Music Engineering Degree are-

A- Music Production classes are aimed at creating Music Producers who can create music for a wide variety of formats including films, radio, television, games, independent music etc. Music Production Classes not just aim at developing student’s technical skills on music software, but also on their creative and composition skills with regards to song writing and arrangement.