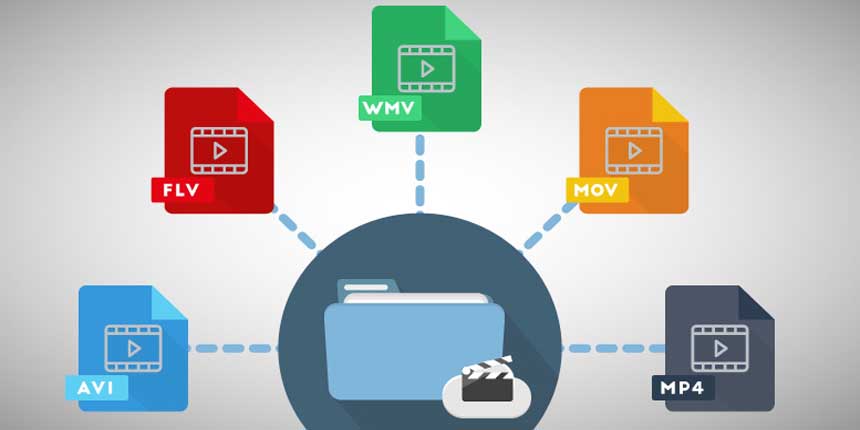 1.A video file format is a type of File format for storing digtal video data on a compurter system. Video is almost always stored in compressed form to reduce the file size.

2. WMV is window media video, also known as VC-1 when used in reference to blue ray videos. They are both relatively the same. One does not clearly look better than the other.

3.A MOV file is a common multimedia container file format developed by Apple and compatible with both Macintosh and Windows platforms. It may contain multiple tracks that store different types of media data and is often used for saving movies and other video files. MOV files commonly use the MPEG-4 codec for compression.

4.Flash was originally created by a company called Macromedia which was acquired by Adobe in 2005. Flash has been around for a while and comes in multiple versions, some better than others. Older Flash video often uses the Sorenson vcodec, newer Flash uses h.264.

5.MPEG-1 is used almost exclusively for Video Compact Disks (VCD), which are extraordinarily popular in some parts of the world but never caught on in the U.S. — the video quality is substantially lower than DVDs.

6.MPEG-2 is a container format, but there is also a codec of the same name, which most people call h.262, so that it's not so confusing, though a world where we call something h.262 is already more confusing than it ought to be.

7. MP4 Format is used in storing visual and audio streams online. This mainly utilizes a separate compression intended for video and audio tracks. The video will be compressed using the MPEG-4 video encoding.

8.  3GP format is designed for transmitting video and audio files between the internet and 3G cell phones.

9. An AVI file is a file saved in a multimedia container format created by Microsoft. It stores video and audio data that may be encoded in a variety of codecs such as DivX and XviD. AVI files typically use less compression than similar formats such as .MPEG and .MOV

10. It's stated by YouTube that MP4 is the best format for uploading. It provides better quality than FLV and is not as heavy as AVI. WMV HD format seems to lose itsquality while 3GPP and MPEG-PS resolutions are too small