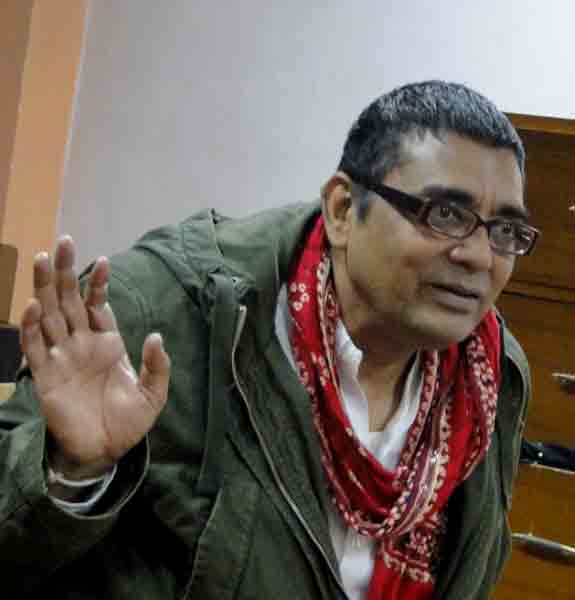 Vineet Kumar Singh came to Mumbai to participate in Superstars Talent Hunt. After winning the competition, Actor-Director Mahesh Manjrekar who was one of the Judges gave him a role in the Sanjay Dutt starrer Film Pitaah.[12] Unfortunately, the Film flopped and Singh faced trouble getting further roles. He then worked as an Associate/Assistant Director for Mahesh Manjrekar in Films like Viruddh(2005) and Deh.[13][14] In 2007, Singh left Direction to focus solely on acting. After doing a few Bhojpuri Serials and insignificant roles in films like Gori Tere Pyaar Mein and Isaaq, he got his break in Marathi bilingual City of Gold(2010). It was after this he met the ace director Anurag Kashyap and was casted for the role of Danish Khan in Gangs of Wasseypur. Even amongst actors like Manoj Bajpai, Nawazuddin Siddiqui and Piyush Mishra; Vineet was noticed. His effortless portrayal of Danish Khan bagged him challenging roles in movies like Ugly and Bombay Talkies (2013). His role in Ugly got him his first Screen nomination for Best Supporting Actor. He also appeared in Birla Sunlife and 7up Nimbooz commercials. Vineet was seen opposite Raima Sen in the 2016 Film Bollywood Diaries directed by K.D. Satyam. In the 2018 Movie Mukkabaaz, the Actor plays the role of a Boxer. The actor trained hard for two years to prepare himself as the Protagonist of this Anurag Kashyap Film.[15][16] [17][18] Vineet's upcoming Film is the Akshay Kumarand Mouni Roy starrer 'Gold'.[19][20]