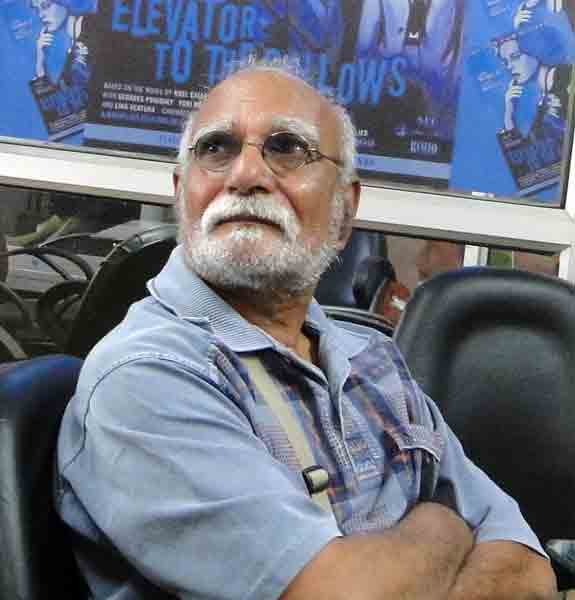 Surendra Rajan is best known for his facial resemblance to Gandhi. He is a very strong actor and has been in this industry for the last 20 years. He has acted in about 80 movies till date. He loves taking challenges and experimenting with his roles. He had lot of exposure to international movies which made him even more versatile. He has appeared in a number of TV commercials and TV shows as well. His major successes include: Munna Bhai M.B.B.S. where he played the character ‘Maqsood Bhai’ the sweeper; Lage Raho Munna Bhai where he appeared as Gandhi; The Legend of Bhagat Singh, Netaji – The Last Hero where again he was seen as Gandhi, and many more. He also acted as Gandhi in the series ‘The Last Days of Raj’ aired by BBC CH4. He appeared in Italian movie ‘Indian Nocturne’ and Russian movie ‘The Indian’. He also acted in the Hollywood movie ‘One Night with the King’ where he played the character of a Hebrew priest. He has been part of many short films, among which ‘The Cabin Man’ grabbed immense international attention. It was screened at 15 different International film festivals. Surendra acted in the popular TV series ‘ Bandini’. He won the ‘Best Actor’ award at ‘Queens World Film Festival 2011’. People will never forget the emotional scene of ‘Jaadu ki Jhappi’ that Surendra got from Sanjay Dutt in Munna Bhai M.B.B.S. Surendra is a multi-talented personality. He is also a poet, photographer and a painter. He has received many awards for his photography also.